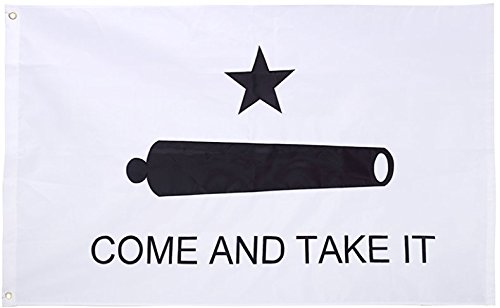 The Mexican government had given the settlers in and near Gonzales a small cannon to defend themselves against Comanche raids.  On October 2, 1835, a band of Texas settlers attacked and turned away the Mexican soldiers who were sent to take the cannon away from them.

This fierce independence lives on today in the heart of every Texan.

This site contains affiliate links to products. We may receive a commission for purchases made through these links.